RETURN OF THE WHITE SQUIRREL 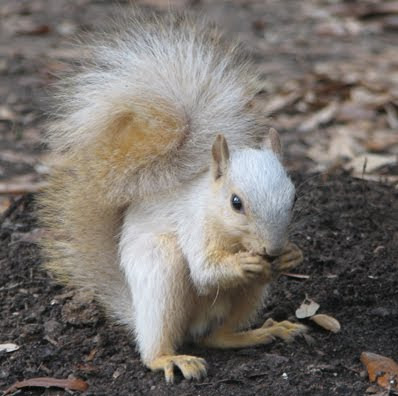 The Indigenous Prophecy of the White Squirrel

In many Native American tribes, there is a story of the magical time on Planet Earth that will be signaled by the return of a white buffalo. And in fact, a white buffalo was identified in recent years in the four corners region of our country. However, there is another prophecy that comes to us from the Galactic Mayans. According to these star beings and ancestors, the White Cosmic Squirrel will appear in the years just prior to 2012 to herald the Cosmic Shift in consciousness: the sign that we are in fact moving out of the old paradigm of suffering and into the new paradigm of heaven on earth! This Cosmic Squirrel has graced us with its presence here in Austin, Texas, and was spotted at the University of Texas in 2007. (Could it have something to do with the fact that UT has an amazing Mayan Studies program?)
Then in the fall of 2009, the White Cosmic Wizard Squirrel appeared to the squirrelady on the north side of the Hike & Bike Trail just west of the First St. bridge. Although the squirrelady had made regular feeding rounds on the trail since the late 90's, this was the first time this amazing white-striped squirrel was seen! 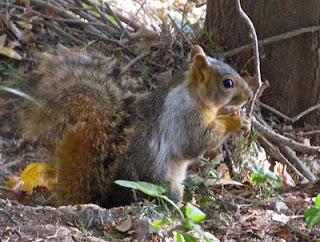 "At first I thought this little squirrel had
gotten into some white paint. Then as I got
a closer look, I realized that these white stripes were actually a part of her beautiful coat!
She was stunningly beautiful!! I felt so blessed to
be graced with her presence! That morning, I had just said good-bye to a young female squirrel that had been paralyzed from the waist down in a car accident. I had just completed the ceremony of her "Return to the Light" just minutes before!
The Wizard squirrel spoke telepathically to me, saying that little Puff would reincarnate as her
apprentice and that everything is in perfect order. My heart felt lighter as I was comforted by her communication. 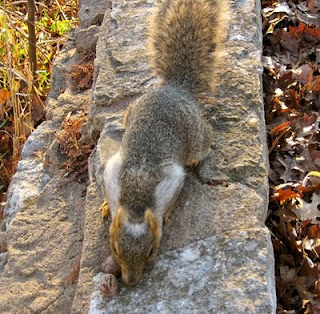 from another dimension... a higher place of light and love.
Every time I saw her, I felt like I received a gift of grace.
A warm feeling of love would wash over me with the
knowing that "Everything is All Right!" Then, just as
mysteriously as she appeared, she disappeared. It was
approximately one year later.

Then, at the end of 2010, a new wizard squirrel has landed right in front of the Austin Parks and Recreation building. This lovely mama squirrel has a lovely white-tipped tail and is here to remind us of who we really are! Thank goodness for our blessed squirrel brothers and sisters! Long may their tails wave!!! 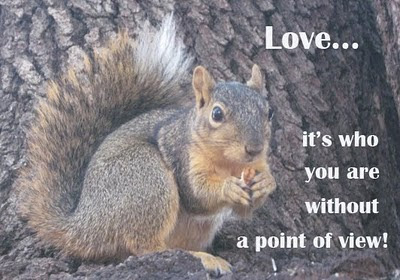 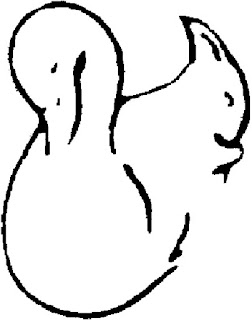 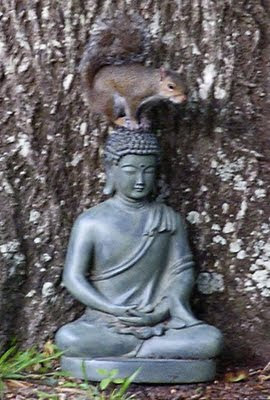 Squirrels Know Who They Are!
That's why they play all day..... They really enjoy themselves!

You only need to become aware that you are already Enlightened! 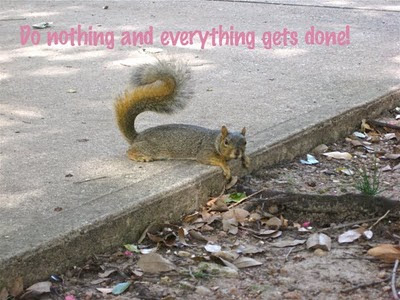 Posted by Squirrel Lady of Town Lake at 3:47 PM No comments: